The Dashing Traders Converge in Pushkar, India Once A Year

The Pushkar Mela, which happens every fall in a lakeside town in western India, is a carnivalesque blend of spiritual, touristic, and commercial activities. Much of the latter revolves around camels, thousands of them, and is undertaken by herdsmen who arrive in Pushkar from all over the deserts of Rajasthan.

These traditional pastoralists come from hundreds of miles away. They congregate on a dusty plain outside the town, where they sip masala tea around the campfire and smoke the conical clay pipe known as a chillum. In their white tunics, leather slippers, and jeweled earrings, they cut striking figures, never moreso than when they let their luxurious mustaches run through their fingers. More than mere styling, their colorful turbans communicate caste and native region.

Under the scorching sun, these Rajasthani herdsmen haggle with buyers. During these negotiations one or both parties might make as if to walk away, only to be lured back by a more favorable price. A deal ends with a herdsman shoving a wad of rupee notes into his pocket. It may well be the only time all year that he earns cash.

Sadly, it is getting harder for these tribesmen to do business. Camel trading has declined in recent years; whereas 30,000 animals might have changed hands at Pushkar in decades past, 5,000 is the present norm. Moreover, the majority of camels at Pushkar are now sold for meat, a transaction that herdsmen would have once considered disgraceful. But with pastureland getting scarce and their profession waning in prestige, they have little choice.

These changes are particularly disturbing for the Raika, a Rajasthani ethnic group that believes itself to have been specially chosen by Shiva, the Hindu god, to practice camel husbandry. Dr. Ilse Koehler-Rollefson, who has spent more than two decades studying pastoral peoples in Rajasthan, estimates that about 50% of camel traders at Pushkar are Raika. Beneath all their individual panache lies an uncertain future. 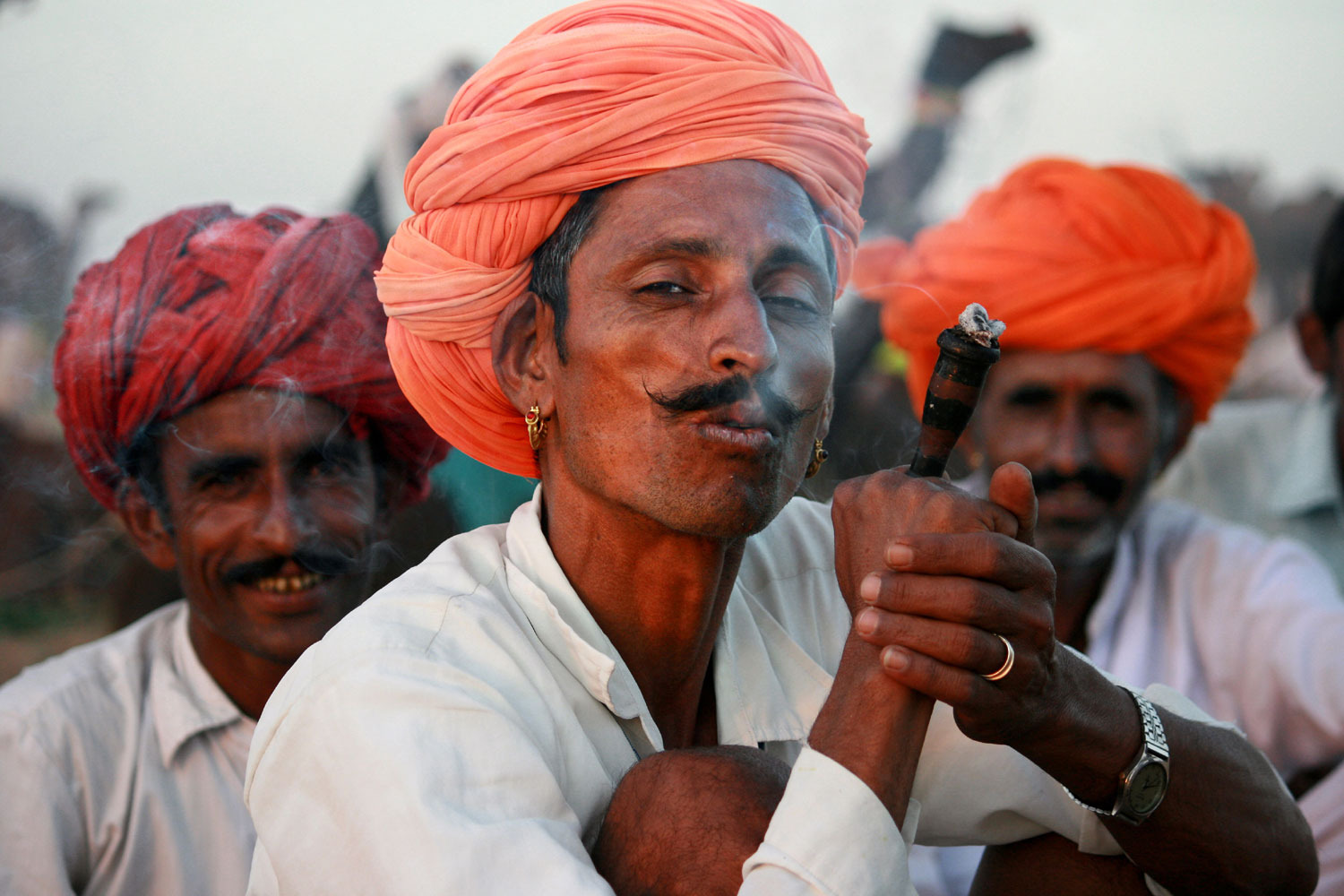 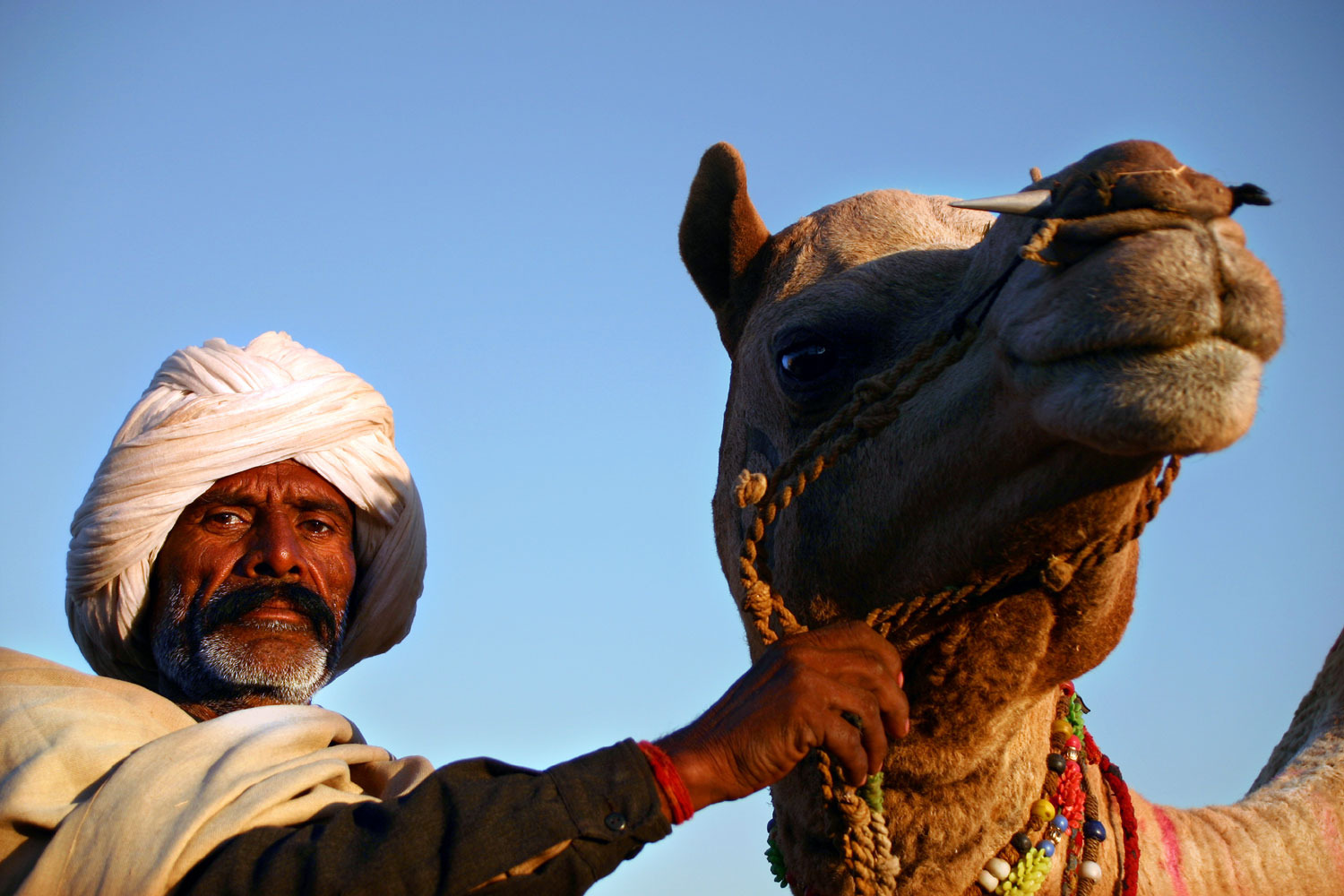